Queens of the Stone Age Self-Titled remastered at last! The differences in the songs may be subtle, probably even more subtle through YouTube, but I thought I'd celebrate the re-release of one my favorite albums by posting up the remastered version in full. LYRICS: It's a mistake, but who knows Followed you home, crawled in your window This life is a trip when you're psycho in love And I know Followed your friends, you were not there Slashed and I cut, I bled in the sink Heard what you said and you're laughing baby Slashed and I cut, and I do it for you I want you to notice when I'm not around Wherever you are You're solid gold I'll see you in hell.

It was fitting that the final release from Kyuss featured a cover of Black Sabbath's 'Into the Void', because throughout their seven-year existence, the Palm Desert quartet essentially existed in one-- the band's devastating stoner-rock earned the respect of various celebrity admirers (Nirvana, Pearl Jam, and Soundgarden among them) but they never successfully sold it to the masses. That Sabbath cover appeared on a post-break-up 1996 split EP, the flipside of which featured three songs by a new project formed by ex-Kyuss members Josh Homme and Alfredo Hernandez. True to the project's feminizing name, Queens of the Stone Age, the new material boasted a more melodic, loose-limbed variation on Kyuss' earthquaking crunch. Still, there was little indication that the Queens were going to have any more commercial impact than Nebula, the Wellwater Conspiracy, the Atomic Bitchwax, or any of the other many 70s-styled psych-rock acts orbiting around at the time. 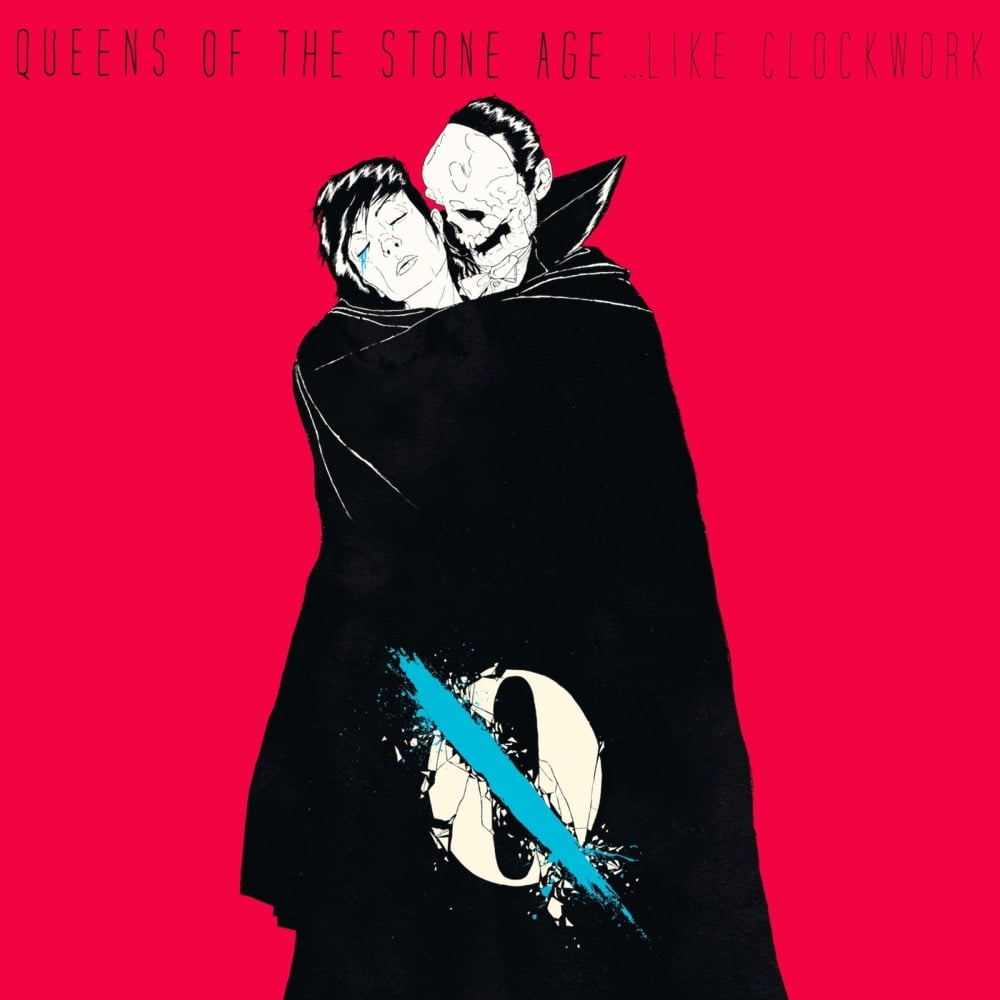 The fact that Homme was concurrently indulging in his free-form, revolving-door Desert Sessions jams made the idea of this clean-cut sideman becoming a post-millennial rock star seem all the more unlikely. Likewise, the Queens' 1998 self-titled full-length has always sounded more like a document of where the band was coming from than a certain prophecy of their platinum-gilded future. In contrast to the guest list-stacked, stylistically varied, conceptually structured nature of 2000's Rated R, and 2002's Songs for the Deaf, Queens of the Stone Age was primarily a two-man effort by Homme-- who handled both guitar and bass duties-- and Hernandez. (Future bassist Nick Oliveri's services are limited to a recorded voicemail message.) Not surprisingly, it's the band's most monochromatic album, coaxing maximum power out of minimal one-chord rave-ups like the opening 'Regular John', which craftily applies 70s proto-metal riffage to i [#script:ts avant-garde inverse, Krautrock repetition. But amid the album's ceaseless bottom-end barrage, you can still hear Homme coming into his own as a singer-- 'If Only' and 'Avon' boast silken melodic hooks that greatly distinguished QOTSA from their stoner-rock peers, and which continue to inform the band's latter-day catalogue (see: Era Vulgaris' 'Make It Wit Chu'). And despite the Boogie Nights-esque cover art, Homme's increasingly quirky guitar playing betrays a desire to distance the Queens from pure 70s FM-radio revivalism-- the repeated single-note pin-prick jabs that fill up the last two minutes of 'Walkin' on the Sidewalks' are seemingly designed to unnerve and irritate any waste cases who would want to use this album as their bong-sucking soundtrack.

In support of their upcoming debut album reissue desert-rockers Queens of the Stone Age are taking to the road. The band will tour Australia and North America this.

Rather than just include its three bonus tracks as random add-ons, this remastered reissue integrates them into the existing sequence, in a manner that actually enhances the front-to-back listening experience: 'The Bronze'-- featuring a pair of amazing snakecharmer solos from Homme-- deftly mediates between the album's more streamlined front end and its more whimsical back half, while the DJ Shadow-esque drum-break freak-out 'Spiders and Vinegaroons' (salvaged from that 1996 split EP) provides a more logical set-up for the album's bizarro-world piano-bar closer, 'I Was a Teenage Hand Model'. Cutting List Software Mac here. It's not often that padding out an already hefty album actually improves it, but in the Queens' case, the revised tracklist provides a more accurate portrait of how the band molded its mercurial Desert Sessions experiments into chiseled hard-rock monoliths. At the same time, the expanded edition makes the Queens' debut feel a little less like a time capsule, and closer in spirit to the playful sprawl of their subsequent best-sellers.